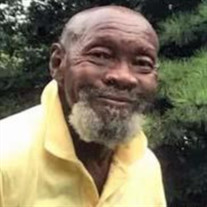 Earland Cumberbatch, son of the late Mr. Worrell and Lacey Cumberbatch was born August 13th, 1939 in Barbados. He attended school in Barbados and joined the Merchant Marnie’s. Earland Cumberbatch moved to Brooklyn, New York and worked in food service at the popular and famous restaurant, Juniors. In 1973 Earland relocated to Medford, New York where he brought his home and lived with his late wife, Marlene Cumberbatch and son Vincent Cumberbatch. Earland worked at Stonybrook University in maintenance for 25 years, he retired from Stonybrook University in 2013. Earland Cumberbatch loved gardening and watching Monday Night Raw. Earland attended Faith Baptist Church of Coram, New York and remained an active member until he passed. In 1979 he became an ordained Deacon, he truly loved the Lord and remained faithful. Deacon Cumberbatch was an active member of the Deacon board, Male Chorus and a faithful leader in the Tuesday night Prayer service where he would share his musical talents. Deacon Cumberbatch regularly attended Sunday service and was influential in setting up for the Sunday School breakfast ministry. July 18th, 2014 Earland Cumberbatch married his beloved Wife Valarie Holmes-Cumberbatch in Fire Island, New York. Together they enjoyed gardening, participating in children’s church where he would deliver the lessons and supplies to the children during the Pandemic, participating in Sunday school breakfast, enjoyed going to the buffet, and once a year would go to the Long Island Zoo with his Wife and Grandchildren. In Earland’s retirement years he would spend time at the CVS parking lot where he worked in maintenance; he enjoyed making friends and engaging in conversations. Earland was his wife’s best friend, he enjoyed listening to her talk and was her diary. His life will forever be cherished in the lives of beloved Wife Valarie Holmes- Cumberbatch, his son Vincent Cumberbatch and daughter in-law, Atlanta, GA, Stepson, Da’Jon Holmes and daughter in-law Rachel Holmes, NY, Daughter Sevena Yearwood Brooklyn, NY, Step grandchildren, Princess Julia and Jack, Two brothers, Mike Cumberbatch and Garfield Worrell and a host of grandchildren, nieces, nephews, cousins and friends.

The family of Earland S. Cumberbatch created this Life Tributes page to make it easy to share your memories.

Send flowers to the Cumberbatch family.