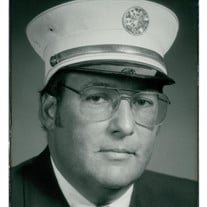 Edward Davis, 81, of Blue Point – loving husband, father and friend, died peacefully on October 20th after spending the day with his family. Ed is survived by Peggy, his wife of 60 years; children Patrick and Lori (Gibson) Davis, Peggy and Ken Powell, grandchildren Stephen and Lauren (Jackson) Powell, Tommy Powell, Alexandra Davis, Samantha Davis and great-grandson Charlie. He was predeceased by parents Thomas and Margaret, and brothers Thomas and Michael. Ed attended East New York Vocational High School and graduated from the Academy of Aeronautics. His career started with Lockheed at Kennedy Airport as an airplane mechanic on the night shift while working a second shift as an auto mechanic in Ozone Park, NY. He was hired by the Grumman Aerospace Corporation in 1965 to work on the Lunar Module project; they sent him to NY Tech where he earned a BS in Engineering and he retired in 1988 as a project manager. He enjoyed boating, camping, photography, history, travel, conversations and the Giants. Ed also leaves behind a life actively engaged in his community, as an ex-chief and member with over 50 years of service of the Blue Point Fire department, Camping organizations: the Island Hoppers and the Long Island Winnie-tascas, his church, Our Lady of the Snow, through his previous work as Boy Scout leader and with his neighbors and extended family. He will be remembered as a man you could always count on – a great friend and leader. Visiting hours will be 7-9 pm on Thursday, October 24th, 2-4 pm and 7-9 pm on Friday October 25th at the Robertaccio Funeral home on Medford Avenue, Patchogue. Mass of Christian Burial will be at 9:45 am Saturday, October 26th, at Our Lady of the Snow Catholic Church, Blue Point Avenue, Blue Point with burial following in the Blue Point Cemetery behind the firehouse on Blue Point Avenue. The family would like to thank the staff at LI Community hospital and the staff at Brookhaven Health Care Facility for their kindness and care during his final illness. We most especially thank the members of the Blue Point Fire Department for their unending support, camaraderie and friendship throughout his life - as he frequently said, “They’re a great bunch of guys”.

The family of Edward M. Davis created this Life Tributes page to make it easy to share your memories.

Send flowers to the Davis family.