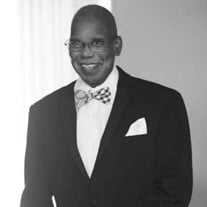 George Robert was born on October 16th, 1956 in East Patchogue, NY, and he transitioned into the arms of the Divine on August 31, 2020. From birth, George Robert didn’t like to get dirty, and he was always an immaculate dresser. He was an exceptional student even as a young child. When George Robert was in the Middle school he was casted to play the king’s son in the High School performance of “The King and I”. In the 8th grade he made the decision to attend High School at Choate, a prestigious prep school in Connecticut. When George Robert was a sophomore at Choate, he became very ill, was diagnosed with a brain tumor, and had to come home. As soon as he was stable, following many serious medical procedures, he insisted that he return to Choate. George Robert graduated from Choate in 1974, attended Tufts University in Medford, Massachusetts for his undergraduate degree, and went on to Hofstra University where he earned a PhD in Clinical Psychology. He refused to take any vacation during his entire college career, as he was focused on his studies and completing his academic goals. George Robert being proud of his PhD relished being called “Doctor Eleazer.” Doctor Eleazer worked as a school psychologist in the Longwood School District and for Head Start. “Doc’s” many accomplishments include being the President of the Bellport Rotary, serving as the Vice President of the school board for the South Country School District, donating his time as a board member of the Brookhaven Memorial Hospital, and building a private practice. For many years his spiritual home was Ruth AME Zion Church in Bellport. Any opportunity he got, “Doc” would participate in Black History programs at schools or in area churches and would preform his rendition of Dr Martin Luther King’s “I Have a Dream” speech. Doc loved to dance and laugh, and travel, and he held the best annual Super Bowl parties. Dr. George Robert Eleazer was predeceased by his father George Robert Eleazer Sr. Doctor Eleazer is survived by his faithful mother, Virginia Lee Eleazer (Conquest); and his very talented son, George Robert Eleazer III, who was his pride and joy! “Doc” is also survived by his daughter, Tosha Eleazer who blessed him with 3 grandsons; sisters Vernetta, Sharyn, and Rayna Eleazer; sister-in-law Patryce Eleazer; his uncle, Randolph Conquest, and aunts Claire and Joanne Conquest; 5 nieces, 1 nephew, a host of cousins, and many long-time family friends. His life can be expressed by a quote by Maya Angelou: “My mission in life is not merely to survive, but thrive; and to do so with passion, some compassion, some humor, and some style.”

George Robert was born on October 16th, 1956 in East Patchogue, NY, and he transitioned into the arms of the Divine on August 31, 2020. From birth, George Robert didn&#8217;t like to get dirty, and he was always an immaculate dresser. He was... View Obituary & Service Information

The family of Dr. George R. Eleazer Jr. created this Life Tributes page to make it easy to share your memories.

Send flowers to the Eleazer family.