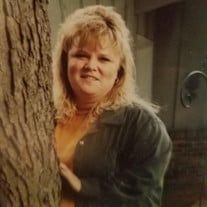 Jennifer J. Knutson, age 52, passed away unexpectedly Dec. 29, 2021 at The Hamlet Rehabilitation & Healthcare Center in Nesconset, NY. She had been a resident there due to declining health. Jennifer was born Sept. 3, 1969 at the Methodist Hosp in Mitchell, SD to her parents, Dennis & Barbara (Sorenson) Knutson. Shortly after the family moved to Sioux Falls, SD. The parents later divorced; her father was deceased in 1991. Jennifer started kindergarten at Harvey Dunn Elementary in Sioux Falls; in fall of 1977, she and mother and step father moved to an acreage near Renner, SD. She transferred to Brandon School District, where she graduated from high school in 1987. Soon after she inquired and was hired as a Nanny on Long Island, NY; she was a nanny for several different families consecutively. While there she decided to further her education by enrolling at Suffolk Community College; later transferring to Dowling College. In May 1995, she returned to Sioux Falls for cousin, Jill's wedding and stayed in SD for 10 yrs. The was employed at Dareo's & several affiliates, then on to Washington Pavillion, then First Premier Bank Systems. In 2005, she decided to return to Long Island. She was a Customer Service Rep for US Luggage; was laid off. Due to declining health she was unable to work and became a resident of The Hamlet where she remained until death. Jennifer loved cats; her most recent, Emma has been adopted by Jennifer's roommate. Jennifer enjoyed crafting, playing pool, cooking & baking. She had a tremendous knack for cheesecakes; which she made and displayed for her Aunt Shari's wedding reception. She enjoyed being with friends and family and considered Long Island her home. She was baptized and confirmed in the Luth fath; was a member of Renner Luth Church, Renner, SD. Jennifer is survived by her mother & stepfather, Barb & Dale Flannery of Wellton, AZ; many aunts, uncles, cousins, friends; a very special friend Rebeca Sanchez & daughter Kaitelyn of Long Island, NY. Jennifer is predeceased by her father, Dennis, half brother, Jeremy Knutson; her grandparents: Tom Knutson & Phyllis Knutson Bohlman, Quintin & Lucille Sorenson, Aunt Lori Sorenson-Bade, Uncle Tommy Knutson & cousins, Krista Olsen & Bethany Knapp. Per Jennifer's wishes cremains will be spread at some of her favorite locations. A family gathering will be at a later date in SD. The family would like to express gratitude to the staff of The Hamlet for taking care of Jennifer, and Robertaccio FH for their assistance; and especially to Rebeca for all she has done to assist Jennifer and for helping the family during this time.

Jennifer J. Knutson, age 52, passed away unexpectedly Dec. 29, 2021 at The Hamlet Rehabilitation & Healthcare Center in Nesconset, NY. She had been a resident there due to declining health. Jennifer was born Sept. 3, 1969 at the Methodist Hosp... View Obituary & Service Information

The family of Jennifer J. Knutson created this Life Tributes page to make it easy to share your memories.

Send flowers to the Knutson family.