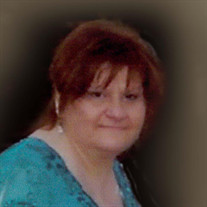 Lela Christine Zappetti August 4th, 1952 January 16th, 2021 68 years old Beloved mother of four sons, Anthony, Steven, Nicholas and Michael. Grandmother to Milo. Aunt. Sister. And friend to countless others. She adored her sons' significant others (Fiamma, Nicole, Emma and Alexandra) like her own daughters, including her niece Felisa. Born into a loving Italian American family in Brooklyn, she was taught a strong work ethic but to always have a sense of humor, to treat everyone with respect but never let anyone take advantage of you, to have the confidence to always be yourself and above all to always honor your family. Like her mother and grandmother before her, Lela would not tolerate any dissension between family members especially between her four sons. At a young age she had already established herself as the life of the party at social events and was at her best when she was the center of attention. Lela married Tony Zappetti in 1976, a relatively quiet and private man. This led to an interesting and sometimes humorous relationship which lasted through the test of time. After Tony passed away in 2005, she continued to dedicate her life to her boys, insisting they show up to her house every Sunday for sauce. Lela completed nursing school in the late 1970s and worked as a nurse and a teacher of medical assisting at BOCES trade school. Later in life, in the early 2000s, Lela decided to turn her sharp wit and excellent writing skills into a new career in standup comedy. She became quite popular on Long Island and even won the "best comedian on Long Island" award. She also performed in New York City, each time bringing the house down. After an accident left her confined to a wheelchair and kidney failure caused her to go to dialysis three times a week, draining much of her energy, she was forced to abandon her dream of becoming a famous comedian. But these medical challenges only made her stronger. Lela may have been limited physically but she was determined not to be limited spiritually or socially. She continued to be the social sparkplug of the family, hosting anyone at any time at her now legendary house, the Lela Lounge. She also continued to live her life to the fullest, attending Broadway shows, traveling to her beloved Disney World twice in the past five years or just going to the beach to roll around on the dance floor while her friends "that 70's Band" played. In her final years Lela embraced her role as matriarch of the family, the glue that held them all together and undoubtedly the main attraction at the annual family Christmas show. Lela's tough and unconditional love, kindness, generosity and humor will shine on through anyone who has ever known her. To say "rest in peace" would be a disservice to Lela's spirit so let's just say we'll see you in the thousands of joyous and hilarious memories that your amazing life provided us with. We all love you forever and with all of our hearts.

The family of Lela C. Zappetti created this Life Tributes page to make it easy to share your memories.

Send flowers to the Zappetti family.