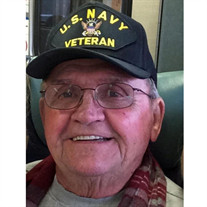 Paul W. King Sr. of Patchogue sadly passed away on April 28, 2021 at the age of 86. Paul was born in New York, NY to late parents Arthur and Pauline King. Paul was a proud U.S Navy veteran. He served his country honorably from 1952 until 1956,... View Obituary & Service Information

The family of Paul W. King created this Life Tributes page to make it easy to share your memories.

Send flowers to the King family.