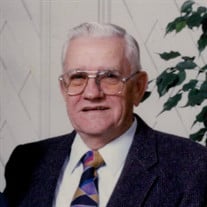 On Dec. 9, 2018, Robert (Bob) McDowell, a local Army Veteran and a long-ago, Patchogue hero died at Brookhaven Community Hospital after a long illness. He was considered a local hero, because in 1948 on a cold February afternoon, Bob (who was 18 years old at the time), was walking home from work as a boat builder on the Patchogue River. According to an article in Life Magazine (March 15, 1948) Bob responded to the cries of two young children who had fallen through the ice and were floundering in a hole on the river. Bob eased himself out onto the ice and saved the children when he was told by one of the boys, “My brother’s still in there!” Bob plunged through the ice hole and located the missing brother, unconscious at the bottom of the river. Fighting the tidal current, he managed to grab the child, relocate the hole in the ice, and pull the child back up to safety. After five minutes of artificial respiration, the child, William McDermott, eight years old, was revived. Knowing the child was safe and other rescuers had arrived to help, Bob quietly left the scene and went home. A humble man who was to become one of Patchogue’s heroes. Bob is one of 16 children born to Harold F. and Gudrun McDowell who previously lived in Medford, Blue Point, and Patchogue. He is survived by 13 of his brothers and sisters and his immediate family. Maureen Ray of Brunswick, GA James McDowell, Ooltewah, TN Thomas McDowell, Blue Point, NY Joan Curtis, East Patchogue, NY Warren McDowell, Blue Point, NY Dennis McDowell, Bismark, ND Margaret Hettenbaugh, Tuszon, AZ Florence Nolan, Vero Beach, FL Edward McDowell, Shawano, WI Ronald McDowell, South Dennis, MA Elaine Linthewaite, Loveland, CO Rev. Harold McDowell, Medford, NY Predeceasing him were one brother and two sisters: Richard McDowell, Lorraine Strickland and Shyrle Herbst. His wife Elva predeceased him February of last year and he is survived by his immediate family which consists of a daughter, Susan McDowell, a son Robert McDowell and his wife Almaire, two grandchildren, Dawn and Erica McDowell and one great grandchild, Airyia.

On Dec. 9, 2018, Robert (Bob) McDowell, a local Army Veteran and a long-ago, Patchogue hero died at Brookhaven Community Hospital after a long illness. He was considered a local hero, because in 1948 on a cold February afternoon, Bob (who was... View Obituary & Service Information

The family of Robert C. McDowell created this Life Tributes page to make it easy to share your memories.

Send flowers to the McDowell family.