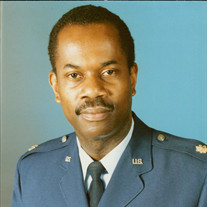 Spencer D. Donaldson affectionately known as (Mr. D & Colonel) was born on May 24, 1945 in Buffalo, NY. He was the youngest child and only son of the late Eliga and Blanche Perry. In his early years, Spencer attended public schools in Buffalo and he was determined “to see and make his mark on the world”. In due course, he enlisted in the U.S. Army and after several years he decided to join the U.S. Air Force and ultimately ended up serving in the Air National Guard. He retired a 20 year veteran with the rank of Colonel. Spencer simultaneously pursued a career in law enforcement with the New York City Police Department while working towards a law degree from Fordham University. As a police officer he also served as a youth counselor and team leader where he oversaw programs focused on “at-risk” young adults. He retired from the NYPD after 20 years of service with rank of detective. He also received a law degree with honors from Fordham University. As an experienced attorney, he was licensed to practice law in several states. As an accomplished businessman, Spencer owned a successful record shop and worked in security where he provided personal security to high profile celebrities in the entertainment industry, such as, Michael Jackson, Earth, Wind & Fire, Liza Minelli, Diana Ross, Ken Norton and Richard Pryor, just to name a few. He was a member of several organizations including, but not limited to, 100 Black Men of Long Island and the Brooklyn Branch of the Masons. In 1984, he met the love of his life Zoe Ann Campbell. They were married on July 13, 1986. They enjoyed a wonderful life traveling around the world and spending time with family and friends. In 2009, Spencer began teaching constitutional law to high school students in Suffolk County at Western Suffolk BOCES School in Huntington, New York and at Western Suffolk BOCES School in Farmingdale, New York, where he taught until his most untimely death. He loved his students and the students loved him. He touched many students’ lives, often securing scholarships and employment for them. His legacy will live on in all of those students’ lives he touched and taught, not only classroom lessons but life lessons. Many of his family and friends will remember Spencer as always being impeccably dressed as well as being an excellent conversationalist, often presenting challenging scenarios to engage people. Spencer was an avid golfer and reader. He also enjoyed shooting pool with his buddies. He could often be found listening to a wide variety of music for many hours and he certainly enjoyed the Nina Simone recordings. On Friday, March 29, 2019, Spencer D. Donaldson departed this life to be with his heavenly father. He was preceded in death by his sister, Helen Rogers. He is survived by his lovely and devoted wife of 33 years Zoe Ann, two sisters, Constance Perry of Queens, NY and Cora Law of Buffalo, NY; mother and father-in-law, Lenora and Charles Morgan of Henderson, NC, one brother-in-law, Michael Campbell of Mooresville, NC, an uncle-in-law Herbert Miller (Sabrina) of Rosedale, NY and a great grandmother-in-law, Doris Wilson of Raleigh, NC, and a host of nieces, nephews, cousins and friends to numerous to mention. Spencer’s memory will forever remain in the hearts of those that loved him. Lovingly Submitted by the Family

Spencer D. Donaldson affectionately known as (Mr. D & Colonel) was born on May 24, 1945 in Buffalo, NY. He was the youngest child and only son of the late Eliga and Blanche Perry. In his early years, Spencer attended public schools in Buffalo... View Obituary & Service Information

The family of Spencer D. Donaldson created this Life Tributes page to make it easy to share your memories.

Send flowers to the Donaldson family.