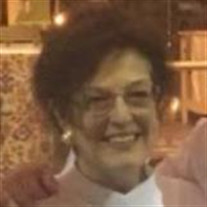 Susan Bayles Fox, aged 72, passed peacefully on January 6, 2022 after a heroic battle with several ailments. She lived a wonderfully enriched and celebrated life survived by her life partner, Stephen, son, Sean, and siblings, Wendy, David, and Michael. Susan, a Long Island native, was born on October 26, 1949 in Port Jefferson, NY to Dorothy (Kellers) and Arthur Bayles. She graduated E.L. Vandermeulen High School and completed her college studies at Fredonia University where she excelled in English education, earning a Master’s degree, publishing an acclaimed thesis on John Milton’s Paradise Lost, and being featured in several poetry anthologies. In addition to spending time with her family and friends, Susan possessed an affinity towards intellectual stimulation. She enjoyed literature/biblical analysis, traveling, various board games, philosophical pursuits, and musical/artistic explorations. She demonstrated an exuberant personality that has impacted generations of people fortunate enough to interact with her from friends and family to colleagues to students. She affected countless people with her generosity and indelible passion for life. Susan is the personification of a lifelong learner. Early in her life, she worked as a candy striper at Mather Hospital, volunteered as a triangle girl in the Masons, and was briefly employed at Eastern Suffolk BOCES prior to her secondary education career. Susan was a seasoned member of the Eastern Star/Daughters of the American Revolution (DAR) and the Steuben Society in celebrating her German-American heritage. Evidenced through her commitment to education as an English teacher in Port Jefferson for almost 40 years, passion for local and familial history with her volunteer service and residency at the Sherwood-Jayne Farm through Preservation Long Island, and devotion to faith through her role as a deacon at Christ Lutheran Church, Susan is the true embodiment of vocation duty, civic responsibility, and wholesome family values.

The family of Susan Bayles Fox created this Life Tributes page to make it easy to share your memories.

Send flowers to the Fox family.