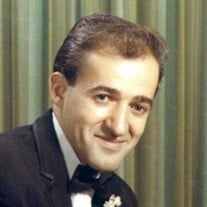 Frank Robert Pollifrone, 83, of East Moriches, NY, passed away on August 31, 2021, after a long battle with Alzheimer’s disease. Frank ‘Bob’ Pollifrone was born on February 15, 1938, to Anthony Pollifrone and Carmella Rapoglia in Brooklyn, NY. He joined the Navy in 1956. After an honorable discharge from the Navy, he learned the artistry of tile and marble installation. Kicking off a career as a self-employed tile and marble installer which included detailed mosaics and inlays. His artistry was sought after by top NYC designers and was featured in Architectural Digest. In 1963, he met Diane and they wed on November 13, 1965, going on to have three children, Lorraine, Loretta, and Robert. After retiring, Bob spent most of his time traveling with his wife Diane. They loved entertaining and most especially loved being surrounded by family. Frank ‘Bob’ Pollifrone is survived by loving his wife Diane Pollifone, his children Lorraine Pollifrone Girard, Loretta Reese, and Robert Pollifrone and their spouses David Girard, Ken Reese, and Ina Visich. He is also survived by his grandchildren Renee Patel, Akhil Patel, Kara Reese, Eva Reese, Gina Reese, Matthew Girard, and Ella Reese. *The family respectfully requests that all visitor where a face covering when inside the funeral home.

The family of Frank 'Bob' Pollifrone created this Life Tributes page to make it easy to share your memories.

Send flowers to the Pollifrone family.